Colour is a something serious, personal and highly distinctive. This is the case in all fields, from fashion all the way to interior design. Perhaps it is the most important element in design, in the widest sense.

Everything has a colour - white itself is a colour (and is not necessarily a space to be filled).

Choose the right colours palette, whatever the goal is therefore an extremely important and significant exercise. In some ways, it is the most important one and demands the highest level of attention and extreme observation of overall balance.

In this light, we would like to share a guide to the choice of colour. The simple notes and practical steps may help you to choose the right combinations of colours for your interiors. Those that are most in keeping with your tastes, style and your personality. 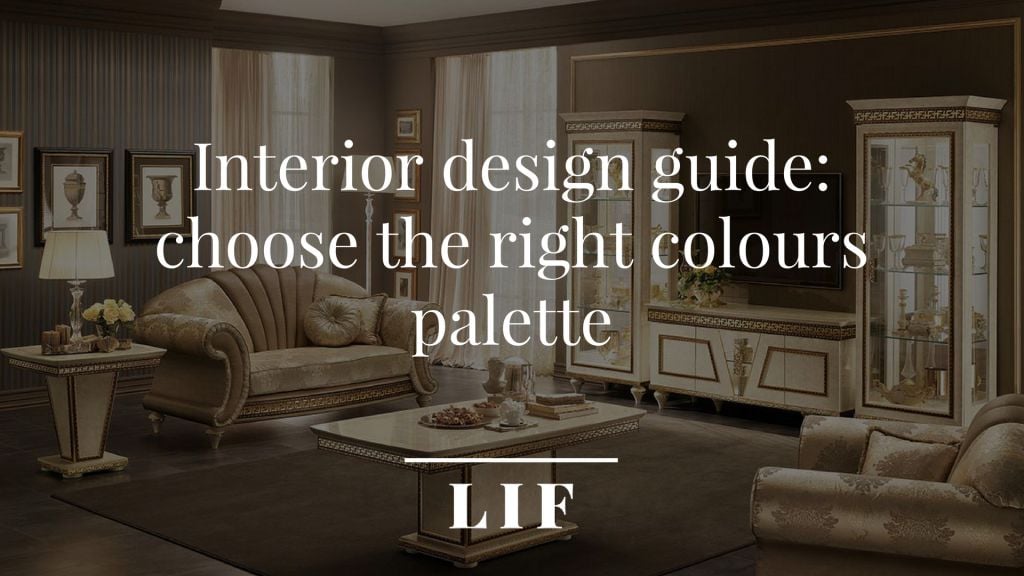 The starting point for choosing the right colours palette: the chromatic circle

The chromatic circle is the first step in choosing the colour palette. It helps you understand different concepts, such as primary, secondary and tertiary colours, so that you can see how they combine, mix and modulate with their different shades. Most models present 12 colours, but there are infinite potential variations.

The first concept to understand are the colour bases that are divided into primary, secondary and tertiary colours. 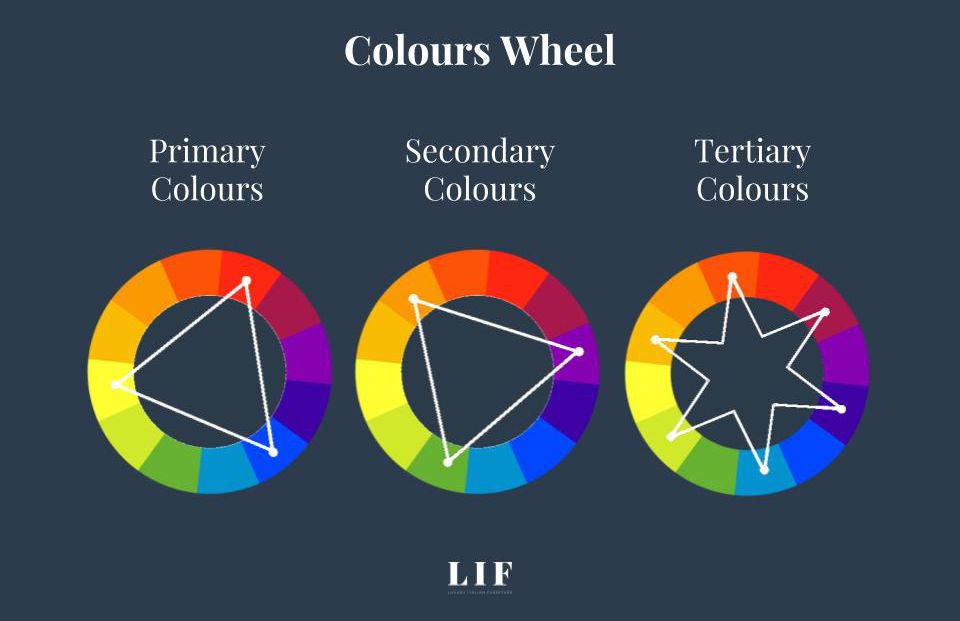 As noted above, the number of tones can be exponentially increased from a model base of 12. Colours can be made more brilliant, tenuous, darker or luminous on different scales. You just need to use white, black and grey - the so-called neutral colours - to create numerous different variations of the same base.

More specifically, in the world of interior design - that which we are most interested in - one speaks of tinting, shading and mitigating.

Warm and cold colours: how to distinguish them

We can say without any doubt that each of us knows of the existence of cold and warm colours and therefore “temperature” with respect to shade. Yet there are few that can recognise the differences and how to tell them apart. The reason for which we don't immediately see the connection if we read that a warm tone would be perfect for a living room whilst a colder one is suitable for the bedroom.

Here again the chromatic circle comes into play. Red, orange and yellow are preferred amongst the warm colours for their ability to make a space intimate and vibrant. On the other hand, blue purple and green - the cold colours - bestow a more relaxing and tenuous feel.

As stated above, it is a choice that is made based on the function of the interior you wish to colour and the space itself. The choice of a “cold” colour in a wide space could create a sense of desolation that is far from ideal. 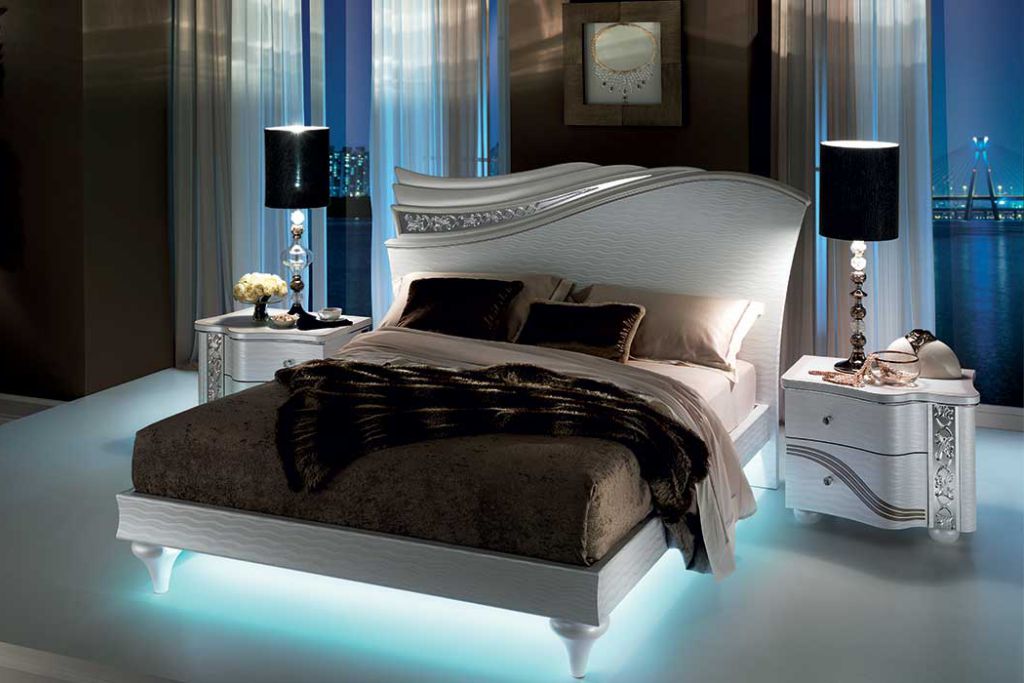 From the circle to the scheme: choosing the right colours palette

Once you have understood uniqueness and differences, the temperature and positioning of colours within the chromatic chart, the time has come to choose the right colours palettes and the scheme to define them.

As is the case for style, the palette should represent your tastes and personality. Its inclusion within a scheme is useful for those who are aware of their preferences but have little experience with combinations.

We can generally speak of four types of schemes, unless you elect complex and overly variegated approaches that more often than not only bestow confusion to your home furnishing. 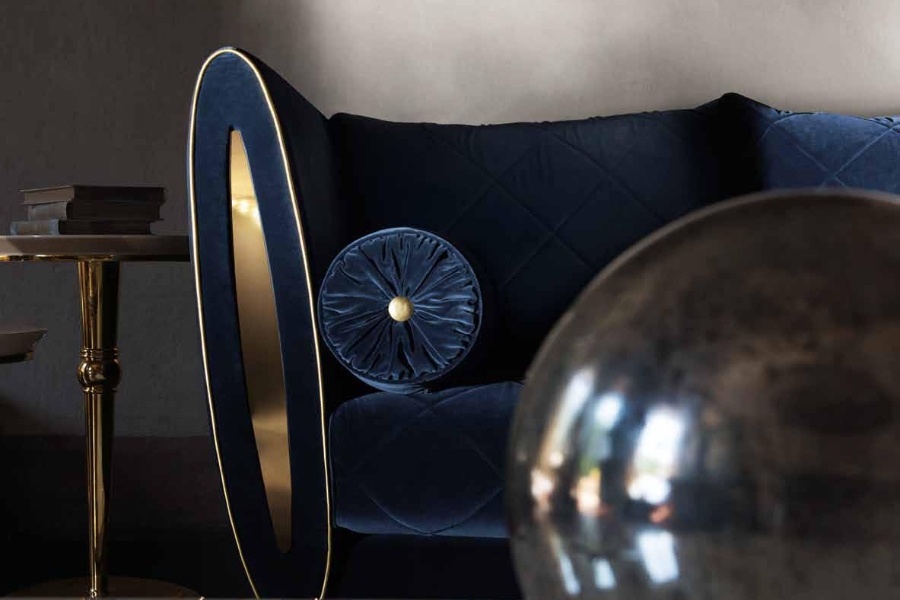 Do you want to know more about classic interior design world?

The monochromatic scheme: only a touch pop and very clean 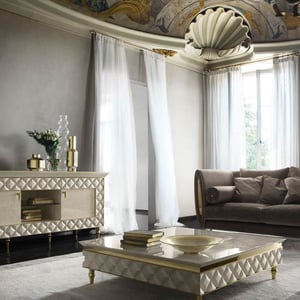 Let's say from the outset to clear up any doubt: this is not a choice for daring spirits. But it has its appeal.

When you choose monochromatic colours for interiors, only one variable comes into play: shading.

The result is a tranquil and clean style that does not stand out to the eye.

However, the potential shading, light and dark tones and effective use of light allows you to manage the space efficiently, allowing the characteristics of the furnishing to shine through.

The complementary scheme: the simplicity of contrast 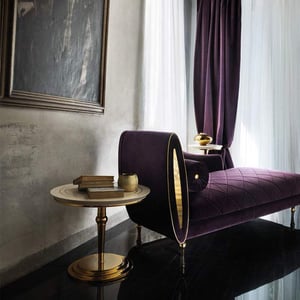 The complementary scheme is created from the juxtaposition of two shades in the chromatic circle, such as violet and yellow. In what can be defined as a “battle” one of these takes control whilst the other is complementary or corollary.

The complementary combination is simple and highly contrasting, creating captivating effects. The keyword is caution.

If you are seeking a softer complementary scheme, you could turn to the so-called “split” version. Instead of choosing colours that are diametrically opposed in the circle, you could select two respective shades thus lessening the contrasting effect.

The analogue scheme: a tranquil trio 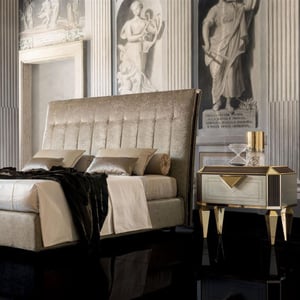 This scheme is based around three colours in a row in the circle, generally two primaries and a third created from the mix of these (a secondary one in any case).

This scheme conveys a tranquil feel and one that is without contrasts.

It is important to assess carefully the proportions of the three colours (which dominates, which supports and which accents), trying not to exaggerate in one direction or another. White, black and grey (the neutrals) together compose an analogue scheme.

The contrasting scheme: the chromatic battle 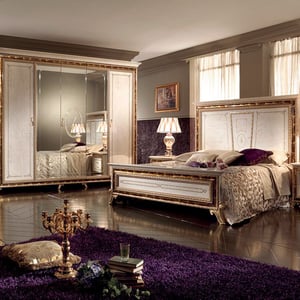 A high contrast scheme that is created from three colours that are equidistant within the chromatic circle. A classic example is three primary colours or three secondary colours.

It is a scheme that is very vivacious and so perfect for games rooms or children's bedrooms.

As is the case for the analogue scheme, you should pay attention to the balance between the protagonist colours, always opting for a dominant tone.

You can lighten the two secondary colours if you are looking for a softer version.

Co-founder, Marketing Manager and Sales manager, Lorena loves the elegant design of furniture and precious details.
Find me on:
LinkedIn
Previous Post What you should learn about home decoration
Next Post Modern or contemporary interior design: what's the difference?